Last week’s big news from Chicago (no, not the Bears leaving the city) marked the latest chapter in a decade-long transition from local journalism primarily driven by a monopoly business model centered around a legacy print product to non-profit organizations anchored by community support.

This first of its kind, this potential merger could ensure the survival of aggressive, daily watchdog journalism and expand the communities served in Chicago, and is a sign leading to another path for an expanded public media role within local journalism. Like other innovative collaborations, this announcement will show managers, boards, and funders what is possible. 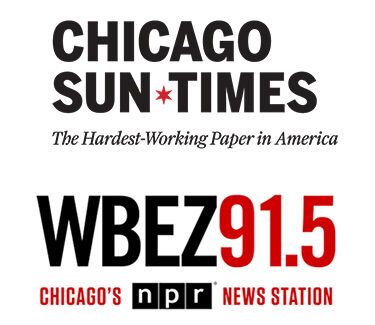 This Chicago transaction marks the first time a major public media organization might merge with an existing local legacy brand. The exploration of this merger was the culmination of two trends – the rise in public media’s drive to become a local news source and valued community partner and the much-reported erosion of the newspaper business model. It’s also a bet on developing new and diverse audiences by engaging with the audiences where they live.

When my PMC colleague Alison Scholly and I worked at the Tribune Company in the ’90s, the idea that public media would emerge as a leading local news source was unfathomable. In 1999 Tribune’s revenue was $1.6 billion from its four newspapers and almost half a billion dollars in cash flow. Philanthropy did not have to support local journalism when outrageous profit margins from classified monopolies supported newspaper newsrooms. Public media had few local reporting resources at the time and tended to re-report what the newspapers published.

Fast forward 25 years, and the business model for newspapers has eroded to the point that the phrase “news deserts” entered the lexicon. “News Deserts” is a description of when newspaper revenue has declined so much that there is little local news reporting provided by a local news outlet, which likely means the local newspaper was shut down. Private equity firms have scooped up papers that are still turning out positive cash flow with no commitment to maintaining the newsroom beyond what is necessary to keep aging subscribers.

Meanwhile, public media has significantly grown its commitment to local journalism. The market has increased investment in local reporting, expanded digital presence, and, most importantly, collaboration with their peers in their states and regions. Public media’s widely envied member-supported funding model has proven resilient. The merger’s reported financial support by leading Chicago-based philanthropic institutions comes against the backdrop of Alden Capital’s acquisition of the Chicago Tribune. As NPR’s David Folkenflik pointed out in a recent interview on Here and Now, the merger is a direct rebuke to Alden and its dismantling of the Tribune’s newsroom.

By no means does this mean every station should run out and buy a newspaper. This merger signals that public media, with its deep commitment from members, should look at all opportunities to position themselves within their community to forge ahead in big, bold, and unexpected ways. It’s also a signal flare to philanthropists focused on saving civil discourse that public media is ready and willing to take up the challenge.