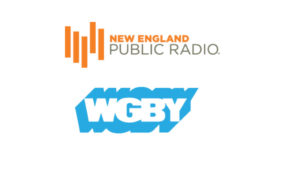 Public Media Company worked closely with license holder WGBH to develop the plan to expand capacity for journalism and multi-platform content across the state.

Springfield, Mass., (April 11, 2019) – New England Public Radio and WGBY Public Television today announced they are joining to create a robust new multi-media organization, New England Public Media (NEPM), with one of the largest newsrooms in western Massachusetts. With a goal of expanding public media offerings for the people of western New England, NEPM will build on the strength of each organization to deliver the trusted educational content, cultural and news programs, and community engagement that characterizes public media.

“Both New England Public Radio and WGBY have served the people of western New England for decades, sharing a common mission of creating valued programs and services for our communities,” said Miller. “The role of public media to deliver accurate, trustworthy news and information is more important than ever, and we are excited by the opportunity to play a larger role in sharing the stories of our region.”

Combined, New England Public Radio and WGBY Public Television have 78 employees, and all current employees will be part of the new organization. NEPM’s enhanced newsroom will total about 21 and is expected to grow over the coming years.

“The media environment is constantly evolving, with advances in technology changing the way audiences use media, from mobile viewing to smart speakers,” said Hayes. “This partnership will allow us to develop new digital content to better serve and engage with all of our audiences in new ways. The creation of NEPM means that we can better map our mission to what audiences value and appreciate.”

The WGBH Educational Foundation, which holds the broadcast license for WGBY, will invest $6 million over six years in the new venture. When combined with critical community support for NEPM, this investment will allow for new programming while ensuring in-depth local journalism remains the centerpiece of the combined organization. WGBH will have a seat on the NEPM board.

“Public media plays a vital role in strengthening communities, especially through local journalism and educational media for children and teachers, and we are committed to supporting this critical work by investing in this partnership,” said Jon Abbott, president and CEO of WGBH. “We look forward to the exciting work NEPM will undertake and to the opportunities this will create to bring wider attention to the stories of western Massachusetts, sharing them across the Commonwealth.”

The University of Massachusetts Amherst will continue to hold the broadcast license for WFCR 88.5FM, and along with the NEPR Foundation Board, it has been actively involved in the negotiations that led to the creation of NEPM. The university remains deeply committed to supporting the growth of public media in western Massachusetts and will have a seat on the NEPM Board.

UMass Amherst Chancellor Kumble Subbaswamy said, “The creation of New England Public Media reflects the university’s enduring commitment to the independent news coverage and cultural programming provided by public media. UMass Amherst was a founding partner of WFCR nearly 60 years ago, and we are enthusiastic about how this new, 21st century collaboration will serve our communities with distinction.”

The support of the Five College Consortium has been a vital part of the history and long-standing excellence of WFCR (Five College Radio) and New England Public Radio since its inception. The executive director of the consortium, which includes Amherst, Hampshire, Mount Holyoke and Smith colleges as well as UMass Amherst, will also serve on the NEPM board.

Along with an expanded news service, NEPM will focus on new content creation including digital music streams, multi-platform and digital programming, and community engagement and education, in addition to the programs audiences now enjoy. A new daily radio program with a local focus will be among the first initiatives the new organization will undertake.

Details will be finalized over the coming months with plans and final approval to be completed this summer.