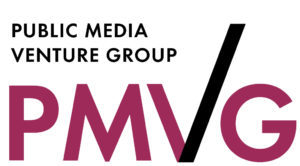 A group of public TV stations have formed the Public Media Venture Group, which aims to explore operating models and revenue opportunities around the conversion to ATSC 3.0 next-generation broadcast protocol.

The coalition says it will coordinate plans for an effective shift to ATSC 3.0, as well as focus on a variety of efforts including emergency communications, increased program streams, and revenue-generating joint ventures and partnerships. The group also indicates it will seek to collaborate with commercial groups to establish single frequency network facilitates and maintenance of ATSC 1.0 service.

“Stations participating in the Public Media Venture Group believe that Next Gen TV is just as exciting for public television stations as it is for commercial television,” Marc Hand, CEO of Public Media Company and leader of the Public Media Venture Group, comments. “The new system offers public television stations the opportunity to create innovative and exciting new public services, to improve operations, save costs, generate new revenue, and invest more money in content and services that will better serve local communities.”