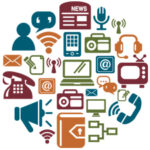 “Public Media Company’s expertise was well-rounded and impressive. PMC understands the value of a license, how to operate a station and they also know the players in the field. It is remarkable what we were able to accomplish in only six months. Without PMC, this process would have been extremely difficult.”
– Gregg Edwards, Director of Policy and Planning, State of New Jersey