PMC’s last blog post focused on public media revenue trends during the Great Recession (December 2007 to June 2009) to help reveal insights that may be relevant to the current COVID-19 crisis. In this post, we explore the relative successes of public stations since the last recession to discover what further lessons can be learned. 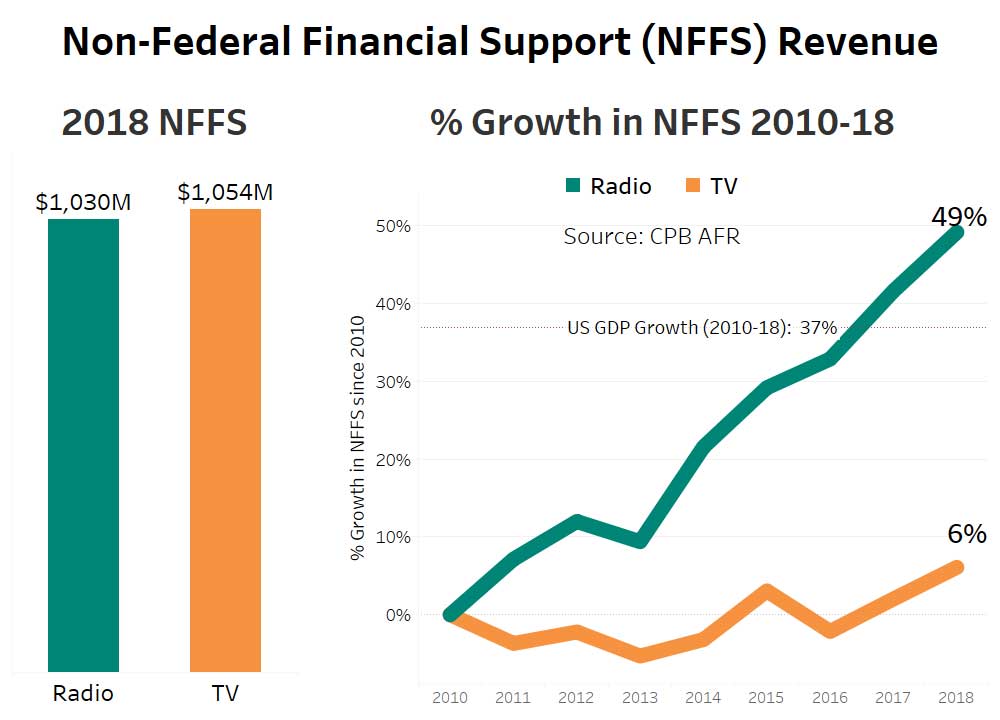 We can understand why when we look at the different sources of revenue. Public radio outgrew public television in individual giving (membership and major gifts), community support (business and foundation revenue), and institutional support (university and local, state, and federal government support) between 2010 and 2018. Although it should be noted that institutional revenue for both radio and TV grew at well below GDP. 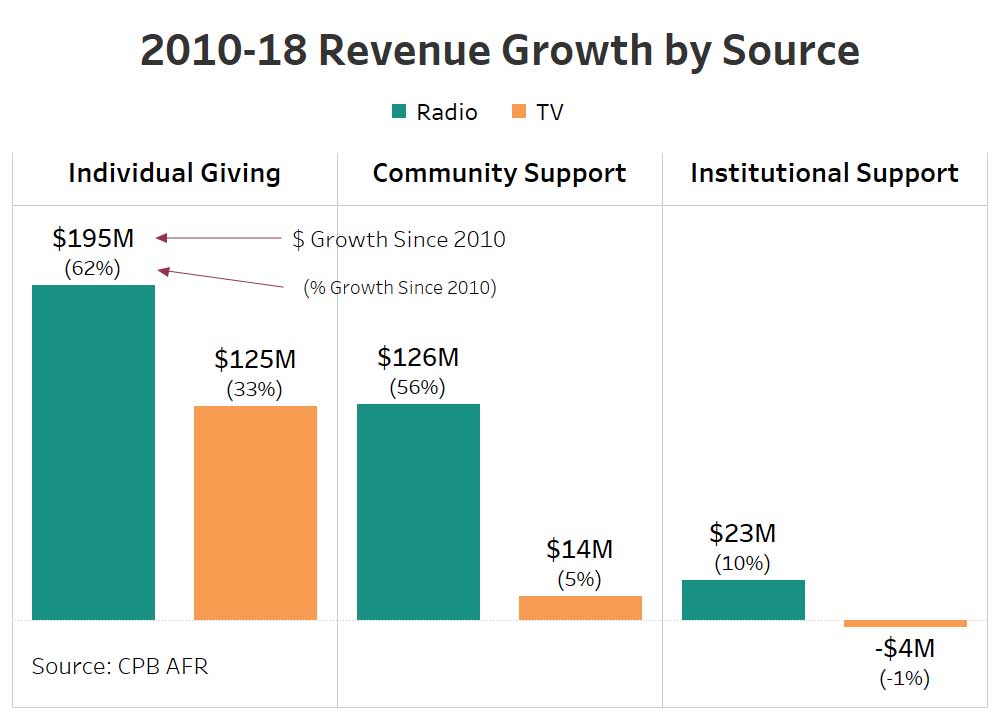 However, it was encouraging to see impressive major giving revenue numbers for radio and TV – both station groups increased their revenue from $1,000+ gifts by well over 100% in the post-recession period. 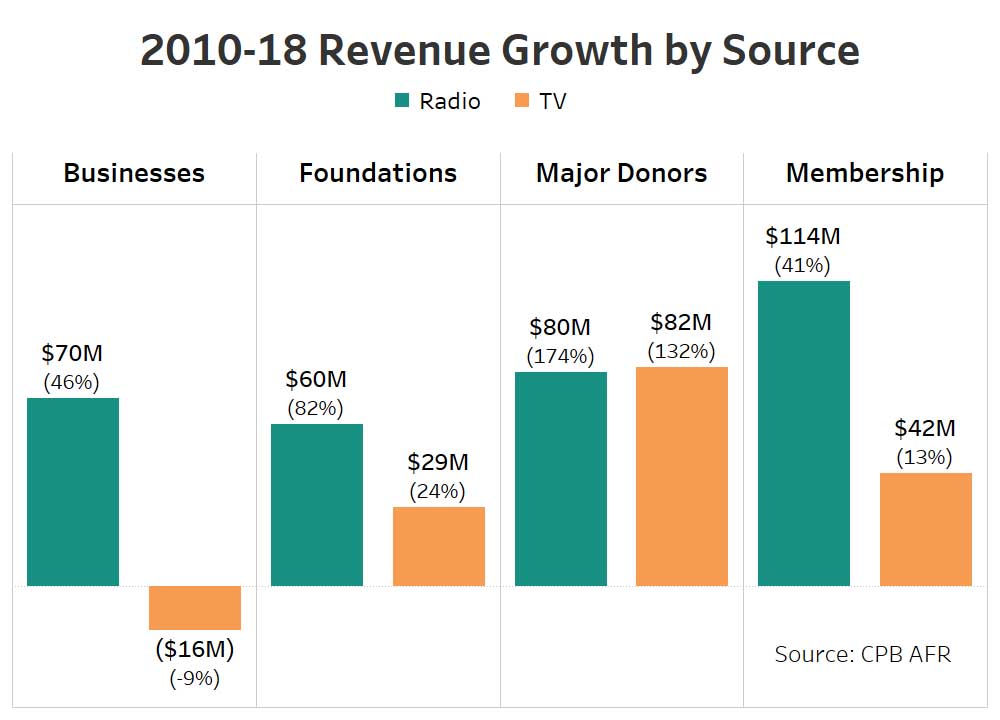 Smaller public television stations have had an even tougher time – NFFS revenue for both medium and small sized public TV stations has contracted since the end of the Great Recession (-3% for medium stations and -11% for small stations). Much of the decline is because of little to no growth in community support and a decline in revenue from institutional sources. 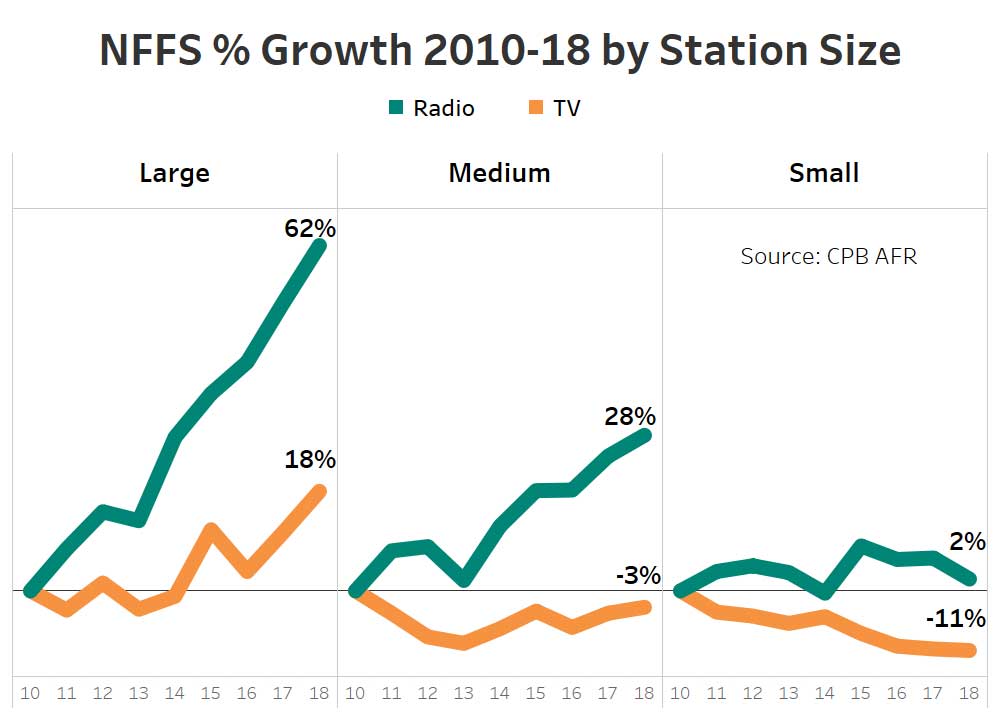 Station investments may help explain the disparate revenue trends between public media groups. Looking at expenses by area, public radio stations increased their investment in programming and production substantially between 2010 and 2018 (+46%) while public TV stations cut content expenses over the same period (-2%). Public radio stations also grew their investments in all other organizational expense categories, including fundraising which grew by $49 million (+36%). 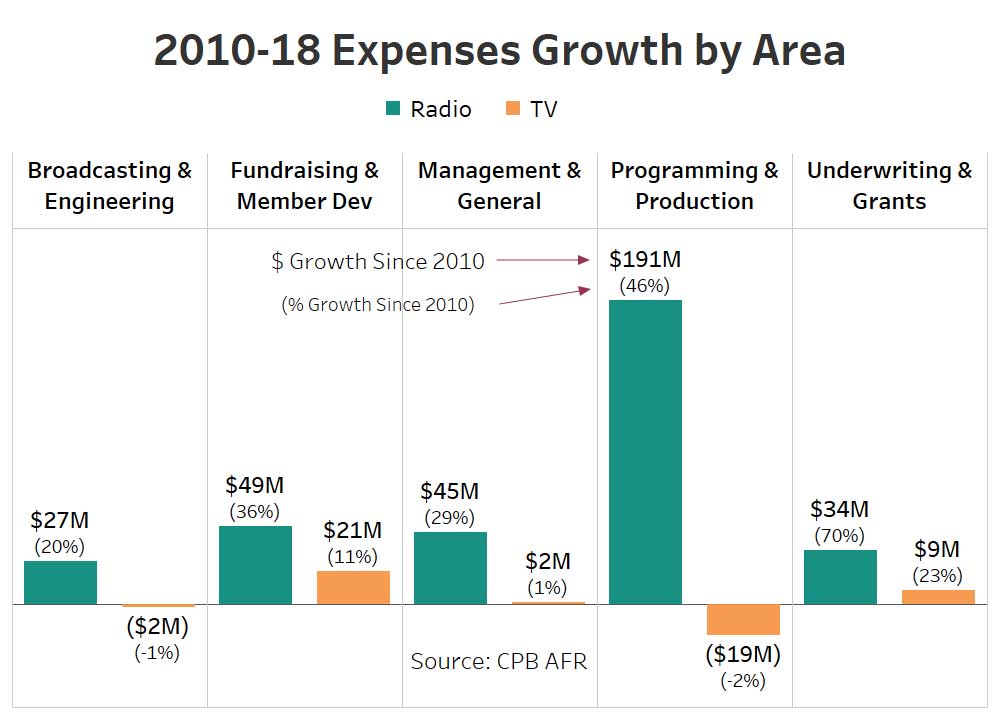 The public television trend is more concerning. Most public television stations were unable to grow their investments in critical content and fundraising services in the 2010 to 2018 period (a time when the overall economy grew by 37%). 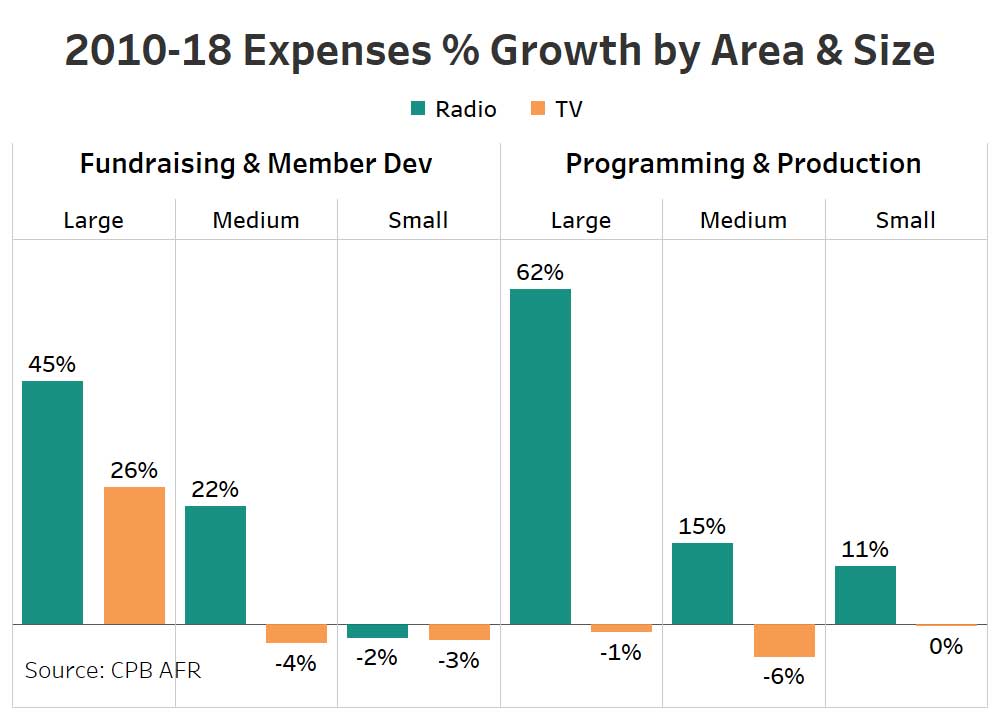 Analyzing the post-recession data leads us to more questions that are harder to answer. These include:

At Public Media Company we are trying to answer challenging questions like these to help strengthen all public media. Through our client work and research, we are dedicated to helping stations and other public media organizations increase their impact and financial sustainability and we will continue to explore the big questions and share our thoughts in future blog posts.

All charts use Annual Financial Report (AFR) data from the Corporation for Public Broadcasting (CPB) from 2010 to 2018. Early analysis indicates that 2019 data continues the 2010 to 2018 trend but the 2019 dataset remains incomplete and is not used in this article.