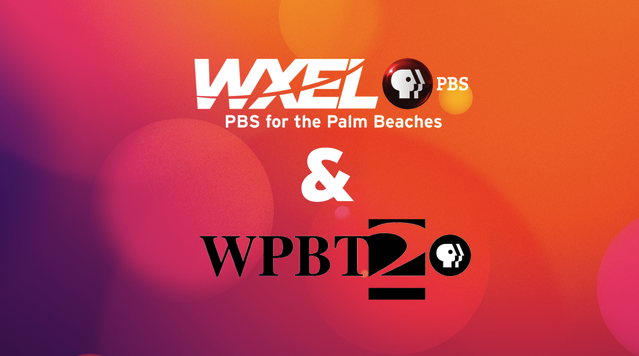 WPBT2 and WXEL-TV announced today that the merger to create SOUTH FLORIDA PBS has been finalized. The new SOUTH FLORIDA PBS will serve the entire South Florida area from Key West to the Sebastian Inlet and from the Atlantic Ocean west to Lake Okeechobee.

“Throughout the merger process, we have been honored by the support of our communities in creating a joint organization that can dramatically increase the level of public media service to South Florida,” said WPBT2 President/CEO Dolores Sukhdeo, who will serve as CEO of South Florida PBS. “As the largest public media company in South Florida, we will be using all media platforms to achieve our goal of involving and serving all the people of this region. Truly, this is a new beginning with a solid foundation and an exciting future.”

SOUTH FLORIDA PBS will be well positioned to blend existing, outstanding programming from PBS with new and original programming relevant to the diverse local communities of the region on a scale beyond what has been available to date. The early strategy discussion projects a significant increase in local production acquisition which will make possible a new level of involvement and representation of talent and productions in South Florida.

“I look forward to working with WPBT2 to achieve the goals set forth during our merger discussions. We have listened to the communities that we serve and thanks to them we have been successful in completing the merger process as well as creating a strategy to meet the needs and interests of our viewers and supporters,” said James Patterson, Vice Chair of WXEL-TV’s Board of Trustees and Co-Chair Elect of South Florida PBS.

“Working together as a joint public media company will result in a community that is informed, enriched and positively engaged. We have heard from so many of our viewers and supporters and appreciate their support for uniting for the greater good. It is our purpose to deliver the quality programming that will result from our combined resources throughout South Florida.” said Laurie Silvers, Chair of the Board of Directors for WPBT2 and Co-Chair Elect of South Florida PBS.

The Federal Communications Commission (FCC) approved the merger of WPBT2 and WXEL-TV into SOUTH FLORIDA PBS. The end of the FCC’s required public notice period was reached with no objection filed. The merger agreement was approved and signed by the Boards of Directors for WPBT2 and the Board of Trustees for WXEL-TV in July.

Over the next year, SOUTH FLORIDA PBS will be finalizing television schedules to reduce duplicate programming and continuing to engage community leaders and organizations on the development of new, locally-relevant content. Among initiatives being considered are: developing a consortium of educational institutions in the region, new productions focusing on arts and cultural heritage, and increased local educational programming.