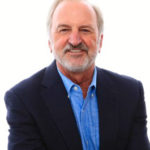 In a world where local media outlets are shrinking in size and impact, Public Media Company’s mission over the past 16 years has become even more critical. We help local, independent public media grow their impact through sustainable business expansion. Public Media Company brings extensive knowledge and experience along with rigorous analysis and passion for the growth of community-based media — whether we are advising a new radio station general manager on where the station has “room to grow” based on the station’s performance relative to peers or spreading the word about an exciting new digital broadcast standard and its impact on public television.

We help stations expand locally, but also help the public media network understand and react to expansive opportunities like the FCC Spectrum Auction held in 2016–2017 — which involved a complex web of decisions about whether to sell spectrum to raise funds or hold on to it for more valuable community use.

All these activities contribute to one outcome: a vibrant network of local public media stations throughout the U.S. that are rapidly becoming leading media outlets in their communities. As you’ll learn in our annual report, we believe our collective influence will continue to accelerate in the next few years, thanks in part to those people who support their local public media, as well as public media leaders, both paid and volunteer, who believe adamantly that the entrepreneurial spirit espoused by Public Media Company is a critical requirement to ensure that local public media thrives in the 21st century.

We invite you to explore our latest annual report to see examples of how Public Media Company is organizing strategic partnerships and delivering solutions that increase public media’s impact in their communities.